We provide you the best health products, fitness products and information that you need. Top Quality, Cheap and easy to apply solutions to deliver your desire health and fitness results. 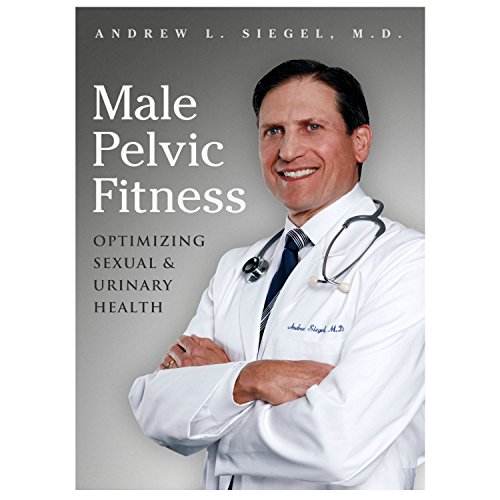 MALE PELVIC FITNESS: OPTIMIZING SEXUAL & URINARY HEALTH unveils the largely unrecognized and little known powers of the mysterious male pelvic floor muscles and how to harness their potential. The pelvic floor muscles—the “hidden jewels” of the pelvis that work diligently behind the scenes—are a vital partner to the male sexual organs, whose collaboration is an absolute must for optimal sexual functioning, little different than the relationship between the diaphragm muscle and the lungs. Although concealed from view, they are responsible for some powerful effects, particularly so when intensified by training. Exercises to achieve a well-conditioned pelvic floor, particularly when applied against the force of resistance, are capable of enhancing sexual function and ability as much as general fitness training can enhance athletic performance and endurance. A pelvic floor muscle-training regimen—as with any good fitness program—can impart better performance, increased strength (rigidity), improved endurance and stamina (ejaculatory control), and decreased recovery time (the amount of time it takes to achieve another erection). Conferring advantages that go way beyond the sexual domain, these often-neglected muscles are also vital to male genital-urinary health and serve an essential role in urinary function, bowel function and prostate health. A trained and fit pelvic floor will be helpful in improving as well as preventing the following problems: erectile dysfunction; orgasmic dysfunction; premature ejaculation; stress urinary incontinence that follows prostate surgery; overactive bladder; post-void dribbling; pelvic pain due to muscle spasm; bowel urgency and incontinence; and impairments resulting from saddle sports including bicycling, motorcycling and horseback riding. Virtually everybody is capable of achieving pelvic fitness through pelvic floor muscle training and reaping the tangible rewards and “member” benefits that result.